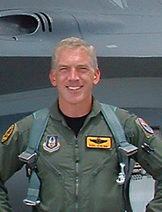 Loss of control of your aircraft while in flight is the number one cause of fatalities in all sectors of aviation and occurs more often than is generally realized. According to Aviation Week & Space Technology AW&ST (August 26, 2002, Taming Loss of Control: Solutions are Elusive), Loss of Control in Flight (LOC-I) was the second highest cause of Worldwide Airline fatalities in 2002. (See Figure 1.)

Since that time, CFIT and other fatal accident causes have fallen while LOC-I now accounts for over 41% of all airline fatalities, and an even higher percentage in General Aviation. (See figure 2.)

Loss of Control in Flight usually follows an aircraft upset or unusual attitude caused by factors such as pilot distraction, wake turbulence, wind shear, icing, mechanical failure, etc. Unfortunately, when it happens, a pilot who has not been properly trained is usually ill prepared to cope effectively with such an event. An ALPA spokesman provided AW&ST with the following working definition of loss of control in flight: “if you can no longer get the wings level, or don’t get the wings level.” The airlines generally regard an aircraft upset condition as “more than 45 degrees of bank, 25 degrees nose up, or 10 degrees nose down”. These are reasonable parameters, given the maneuvering limitations of an airliner.

But when would you consider yourself in an unusual attitude?

Perhaps your answer depends partly on your own comfort level. What is an excessive bank or pitch angle in your aircraft? The FAA necessitates the use of a parachute if bank angles of more than 60 degrees and/or pitch angles of more than 30 degrees nose up or nose down are exceeded. You may be fairly comfortable with a 60-degree bank angle having practiced steep turns, but you would probably consider 30 degrees of pitch up or down quite excessive. To see how prepared you are for an unusual attitude, consider the following scenario:

Due to distraction, wake turbulence or some other cause, you find yourself severely over-banked, with the nose dropping rapidly. (See Figure 3.)

What would you do in this situation?

In a 60 degree banked turn, the total lift must be twice the weight of the aircraft (hence a “2G” turn). At 70 degrees (merely 10 degrees of “over-bank” beyond 60 degrees) our lift would have to be 3 times the weight of the aircraft. Any lift deficit here will begin a downhill spiral journey called a Spiral Dive. When faced with an over-banked situation, pilots untrained in unusual attitude recoveries will most likely panic and pull back on the yoke. As an instructor, I see this many times early in APS’s Upset Prevention & Recovery training despite a thorough briefing (which drives home the point that the proper response must be learned by doing – merely knowing the procedure is not enough). This inappropriate pilot response is typical because in general, pilots spend most of their flying time upright and at bank angles less than about 30 degrees. Assuming you maintain sufficient flying airspeed, pulling back on the yoke in these conservative flight regimes does make the “houses get smaller.” But when over-banked, this doesn’t always work.

At bank angles approaching 90 degrees of bank, no amount of pull will produce sufficient lift in the vertical to keep the aircraft from spiraling downward. In fact, pulling back on the yoke has the following adverse effects:

1) induced drag increases with increased lift;
2) pulling will tend to tighten the spiral dive;
3) pulling too hard at airspeeds above maneuvering speed could result in structural failure of the aircraft;
4) pulling above the “aerodynamic limit” at airspeeds below maneuvering speed will result in an accelerated stall;
5) at bank angles over 90 degrees, any lift on the wings will literally pull the nose to the ground (see figure 2).

Another important point to consider is that aircraft trim may work against you, especially in this scenario. While the airspeed begins to increase in your downhill flight path, the nose will trend downward progressively more rapidly (just as it begins to rise in level upright flight as you increase airspeed beyond the trimmed airspeed). If you are lucky enough not to over-stress the aircraft, and have sufficient altitude to recover, then there is no harm done. But this is all too often not the case.

So what is the proper recovery from an over-banked aircraft attitude?

PUSH: This means, “unload” the aircraft. If you were pulling back on the yoke, now is the time to stop! It does not mean an aggressive negative-G push to keep the nose up. The idea is merely to decrease or possibly halt the nose’s trend downward while the aircraft is being rolled upright. (This is certainly a good excuse for always being firmly strapped to your seat!) Even a modest push will necessitate a definite forward pressure on the yoke. You will be fighting the aircraft elevator trim! During the roll upright, smoothly move the yoke back to an aft of neutral position (assuming you had pushed while over-banked). Otherwise you will wind up pushing the nose down once upright. (This is sometimes difficult to conceptualize without training).

ROLL: Rolling upright (thus orienting the lift vector vertically upward) is a priority in this nose low over-banked unusual attitude. The faster we can re-orient the lift in the vertical, the sooner we can recover from the nose low unusual attitude. Which way do we roll? It is usually best to roll in the shortest direction to the horizon. In the case of wake turbulence, if the aircraft is still rolling in the grip of the previous aircrafts wingtip vortex or if the roll cannot be arrested early, it is probably prudent to continue the roll in the direction of vortex. Regardless, rolling will result in less altitude lost than pulling. (This is true unless in a near vertical descent) Repetitive exercises are essential to instill the proper rolling response versus an inappropriate pulling response. It is important to roll using rudder in the direction of roll. As the aircraft is rolled upright, rudder is essential for the following reasons: 1) it “coordinates” the roll, eliminating adverse yaw, which would otherwise drive the nose downward; 2) it quickens the roll (yaw induced by application of rudder induces a secondary roll response); 3) when rudder is applied at bank angles in the vicinity of 90 degrees, it acts somewhat like the elevator does at small bank angles, serving to “hold” the nose up for the short time (hopefully) that the aircraft is at bank angles closer to 90 degrees. How much rudder do you use? Use at least as much as you normally would to coordinate the roll. Too much rudder, however, especially at higher airspeeds, can put severe stress on the empennage, and aft sections of the fuselage.
Once you have rolled upright (lift vector in the vertical), you must now recover from the resulting dive. Why wait until upright before beginning the dive recovery? Because simultaneous application of aileron and elevator results in “asymmetric” loading or “G’s” and can produce very high local stresses at the root of the wing with downward deflected aileron (the upward moving wing). If a “push” was initiated while inverted, then the yoke may be returned to its normal aft-of-neutral position in the roll upright, but it’s best to orient the lift vector in the vertical before pulling towards the limit G load of the aircraft in the dive recovery.

POWER: If the airspeed is decreasing, as in a nose high unusual attitude, then the answer is fairly obvious – push the power up to preserve airspeed! But in a nose low unusual attitude, the answer is not always obvious. In a case such as a graveyard spiral where airspeed is increasing rapidly toward Vne, then the power should be reduced to idle…
But what about a wake turbulence encounter on final approach?
If we are faced with an over-banked attitude on final approach, we are low and most likely fairly close to the 1G stall speed, at least initially anyway. In this case, increase power for the following reasons: 1) power will assist you in avoiding settling to the ground; 2) increasing airspeed above the 1G stall speed, and towards maneuvering speed, will increase control effectiveness (making ailerons more effective in rolling the aircraft upright, for instance) and once upright, will allow you to recover from the resulting nose low attitude with minimum altitude loss. You can minimize your turn radius (and thus maximize your distance from the ground) in the resulting dive recovery by pulling to the maximum lift capability of the wings (just below the stall buffet or other stall warning) at speeds at or below maneuvering speed (Va). Above maneuvering speed, turn radius will increase dramatically. As a rule of thumb, then, increase power if airspeed is initially below maneuvering speed and not trending rapidly toward it or about to exceed it. If already above maneuvering speed or rapidly accelerating towards it, then decrease power.

To summarize the recovery procedures for an over-banked unusual attitude:

PUSH: to reduce G- loading, and if over-banked, to slow or stop the nose-down pitch.

ROLL: Use ailerons to roll the wings level.