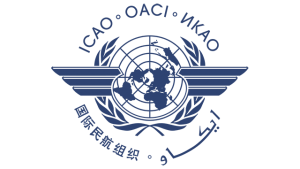 The term Upset Prevention and Recovery Training (UPRT) is relatively new. A number of names have been used in the past to describe all-attitude/all-envelope flight training to include acrobatics, aerobatics, emergency maneuver training, advanced maneuver training, and upset recovery training.
Recently, the FAA and the International Civil Aviation Organization (ICAO) have both settled on the terminology of UPRT because it best describes what they are both most interested in: providing pilots with training which will prevent airplane upsets, or if they are encountered, prepare pilots to recover from them. The FAA and ICAO have both used the specific terminology of UPRT officially for the first time in 2014.
For the FAA, the first reference to UPRT came in Advisory Circular AC 61-138 (published mid-2013) regarding the Airline Transport Pilot (ATP) Certification Training Program. The advisory circular, as well as a new regulation, 14CFR Part 61.156 (Jan 2014), discusses a new requirement for all ATP applicants to receive academic and simulator training in UPRT. While the FAA has required UPRT for all Airline Transport Pilot candidates beginning in August of 2013, the recommendation of ICAO is even more significant. After studying the accident record and hearing the testimony of industry experts, ICAO has clearly  acknowledged the value of UPRT to aviation safety.
ICAO refers to UPRT in two sources. The first is the creation of ICAO Document 10011, Manual on Aeroplane Upset Prevention & Recovery Training (2014). Created with assistance from the Royal Aeronautical Society’s International Committee on Aviation Training in Extended Envelopes (ICATEE) and the FAA’s Loss of Control Avoidance and Recovery Training Aviation Rulemaking Committee (LOCART ARC), the document provides a framework for the delivery of UPRT.
More importantly, ICAO has proposed the following amendment to International Standards and Recommended Practices for Personnel Licensing:
Recommendation — “The applicant [for a Commercial Pilot License] should have received, in actual flight, upset prevention and recovery training, approved by the Licensing Authority.” 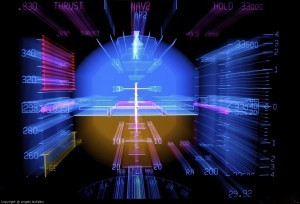 In this wording ICAO has recognized that there are factors which dictate that certain elements of UPRT must come from experience which can only be gained in flight.  The first of these two factors is data or technology driven and may be overcome with our ever-growing ability to process data. At the present time, currently certified flight simulation training devices cannot replicate the full range of aerodynamic influences that may be present in an airplane upset. The FAA has become aware of these limitations and has created requirements to enhance the capabilities of full-flight simulators over a five year period. Despite these and other future improvements, simulators will never be able to fully accommodate the second human factor.
The huge safety contribution of flight simulation comes from its ability to replicate high-risk situations with nearly zero risk. It is ironic that this same contribution may end up being one of the few remaining drawbacks to synthetic training. Even the most technologically sophisticated simulator is only creating illusory stimulus, not real events. At some psychological level, even if all other stimuli were undetectably identical to the real thing, pilots know that they are in a simulator and not in actual flight.
Without the threat of consequence or the presence of risk the brain does not operate in the same way that it must when confronted with an actual airplane upset event. By placing the pilot-in-training in an airplane “in actual flight”, as ICAO expressed it, the pilot’s training encompasses the same mental processing that would be accessed in an actual upset event.
What ICAO has recognized for the licensing of all future Commercial pilots is just as valid for all current pilots. UPRT that incorporates a component of on-aircraft training is necessary to fully activate the mental pathways required to safely and effectively prevent loss of control in-flight (LOC-I) in the face of a time-constrained, life-threatening unexpected airplane upset. We can provide you with such training, and look forward to flying with you at APS – the worldwide experts in UPRT instruction.