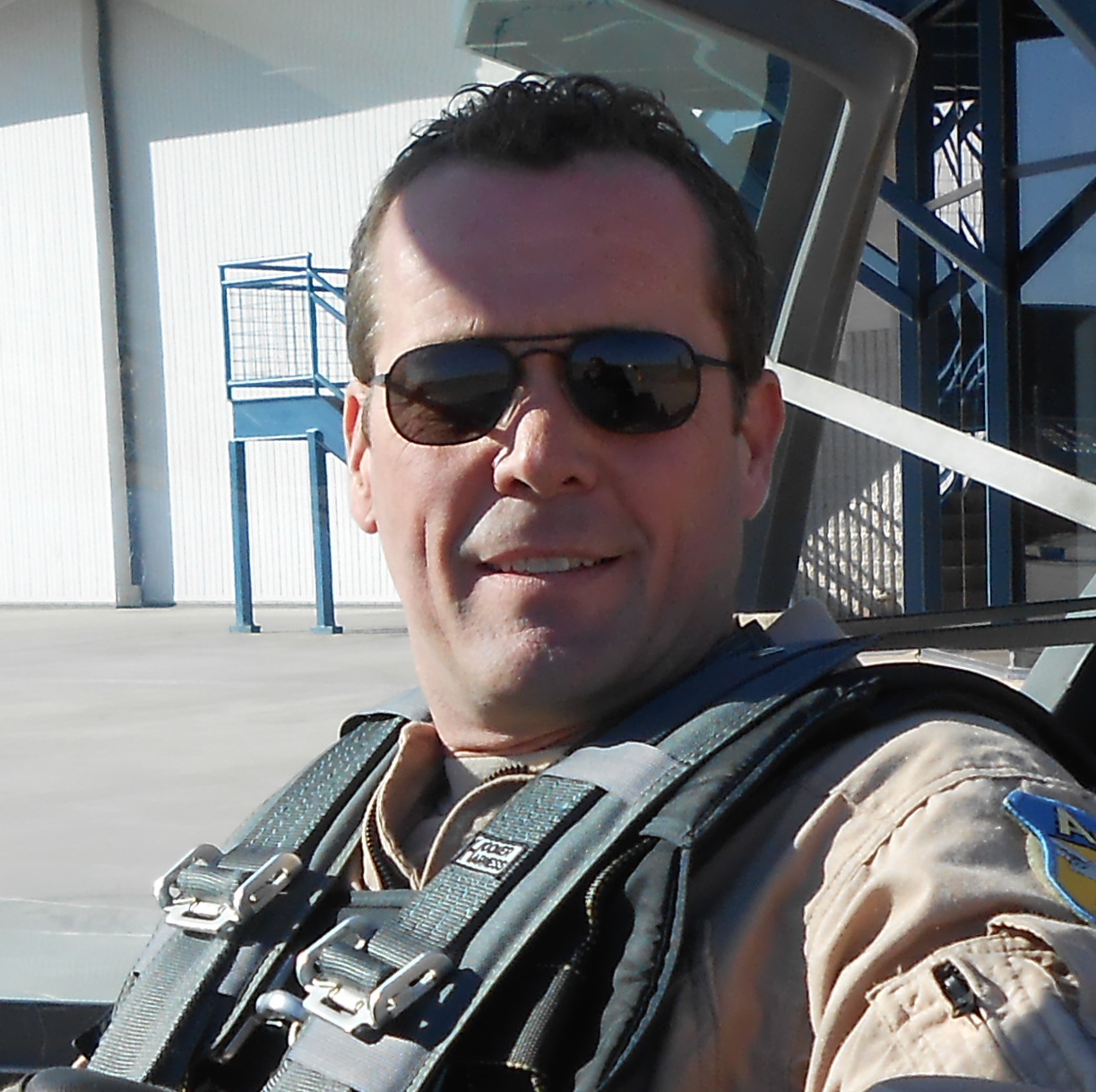 Various stall prevention measures have been tried over the history of aviation. Stall warning lights and buzzers, stick shakers and pushers, and even fly-by-wire stall protection have all been added to commercial aircraft in an attempt to prevent stalls. A recent development is the push to install indicators on aircraft to provide the pilot with a direct readout of the wing’s angle-of-attack. But is mere installation of these indicators enough, or is training needed to enable pilots to fully utilize these indicators?

Originally published in Skies Magazine. To learn more about stall prevention and APS Upset Prevention and Recovery Training, Contact Us.

On the evening of June 1, 2009, an Airbus A330, an aircraft equipped with one of the most sophisticated fly-by-wire systems in the world to protect it from stalls, plummeted from 38,000 feet into the Atlantic Ocean while being held in a stall by the flight crew for over three minutes. The flight controls and engine were operating perfectly*. The airplane would have recovered had the pilots simply pushed forward on the control column** purposefully for several seconds—but they didn’t. Why?

In 2011 and 2012, the General Aviation Joint Steering Committee – Loss of Control Working Group (GAJSC-LOCWG) in the United States analyzed fatal general aviation (GA) accidents from 2001 to 2010. Of these accidents, over 40 per cent were caused by Loss of Control – Inflight (LOC-I), far exceeding any other cause. Other studies have shown similar statistics for the worldwide commercial jet fleet.

The top reason a pilot might lose control of their aircraft is an aerodynamic stall, which is caused by exceeding the aircraft’s critical angle of attack (AOA). The AOA of an aircraft in flight is the angle between the relative wind and the aircraft’s wing (specifically the chordline). The top two safety enhancements (SE) recommended by this group were to add AOA gauges to new and in-design general aviation aircraft (SE-1); and, to make it easier to add AOA gauges to existing general aviation aircraft (SE-2).

The U.S. Federal Aviation Administration (FAA) responded to the second SE in February of 2014, by releasing a memorandum allowing the addition of AOA gauges to GA aircraft under the less strict standards from the American Society for Testing and Materials (ASTM) rather than the stricter Technical Standard Order (TSO) design criteria.

So, the door has been opened for existing aircraft owners to more easily and cheaply install AOA gauges. Meanwhile, aircraft manufacturers are being encouraged to include AOA gauges in new and in-design aircraft. The question that remains is: “Will the addition of these AOA gauges on GA aircraft reduce the fatal accident rate?” 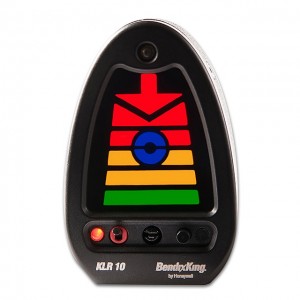 First, let’s start by discussing exactly what an AOA gauge might display to the pilot. Depending on the manufacturer and the purpose, designs vary. One common design has a gauge with indications from 0.0 to 1.0, with 1.0 representing the critical AOA or point of stall. These gauges also commonly have green, yellow and red bands. Some also have an indication for L/D Max, Vref, or other useful data points. Another design shows the actual angle of attack that the aircraft is experiencing, in degrees. Again, there are usually data points showing max range, max endurance, approach speed and other critical information. A third, and very simplified, type of indicator is one with green, amber and/or red lights in some sort of configuration to give on-speed, slow and fast indications. Other designs exist, but these are the most common.

These all deliver useful information, if the pilot understands what is being provided. From day one, pilots should be—and in most cases are—taught that stall occurs when the critical angle of attack is exceeded. They are then told to memorize the stall speeds in various configurations. By the time they have become proficient, they relate stall to a certain airspeed, and don’t really relate it to an AOA anymore.

In order for the information to be correctly analyzed by the average pilot, there needs to be more robust training curricula on what AOA provides. To be fair, the statements of work for the implementation of SE-1 and SE-2 from the LOCWG report do state that the industry and the FAA need to establish a public education campaign to help the flying public become aware of the benefits of these gauges. Added to this, the detailed implementation plans for these SEs also tasks the industry and the FAA with implementing AOA education and training in coordination with the training community. Until we see what this training program looks like, it will be very difficult to know if it will be effective.

While researching this paper, a question often posed was: “Would that mishap have occurred if they had an AOA gauge?” First of all, almost all aircraft are equipped with a very simple, in most cases binary system, that gives angle of attack information. It is the aircraft’s stall warning system. Whether it be a horn, light, stick shaker, voice warning or something else, stall warning indicators in aircraft are triggered by AOA. There have been plenty of mishaps where the aircraft was stalled, the stall warning was working perfectly, and nothing was done to correct the situation.

Would having another indication of this stall, such as an AOA gauge and/or an AOA visual or audible warning, really have made a difference? In particular, this has been asked with regards to Air France Flight 447, the incident mentioned in the introduction. In this mishap, the voice stall warning was going off almost continuously for at least 56 seconds upon initial entry into the stall, and continued intermittently throughout the remainder of the descent. The pilots got themselves into a situation where they didn’t believe any of the indications and warnings they were receiving. Would that have magically changed if they had an AOA gauge? We’ll never know, but in this author’s opinion the outcome would have been the same.

In the meantime, with the extra emphasis on AOA, the industry is coming up with more information and training on the subject. An example of this is Alpha Trainer. The company uses an add-on to the X-Plane flight simulator program to give a graphic representation of how the AOA is affected as the aircraft is maneuvered in different phases of flight. The program gives pilots an easy to understand graphic representation of AOA as they manoeuvre their aircraft in the simulation.

This knowledge and understanding of AOA is essential, but it must be paired with correctly correlated practical experience. At Aviation Performance Solutions (APS), throughout our Upset Prevention and Recovery Training (UPRT) courses, we teach these concepts in classroom academics, then reinforce the desired learning objective by showing the students just how that applies in the air.

Throughout the curriculum, several manoeuvres are flown to emphasize the effect of AOA, differentiating that parameter from airspeed with regards to the actual cause of the aircraft’s stall. For most students, this is the first time they have seen these types of manoeuvres. Like many of their peers, they were taught from day one of training that exceeding the critical angle of attack causes stalls, but they actually see the relationship for the first time, and it makes sense.

Will installing AOA gauges on aircraft make flying safer? In the end, it comes down to training. You can put all the bells and whistles you want on an airplane, but if the pilot doesn’t understand and properly interpret the information presented, they’ll do nothing. As the flying community moves forward with these recommendations, the combination of the right gauges and the right training should eventually improve the LOC-I statistics; but again, only if the training is thorough and helps the pilot truly understand the information received.

* At all times during this incident, the flight controls would have responded correctly to sidestick controller inputs. It could be argued that the controls were not working “perfectly” as the loss of airspeed had caused a failure in the system, which put the fly-by-wire system into a degraded mode, but they still had correct pitch rate control that would have allowed reduction in AOA.
** It should be noted that the Airbus A330 has a side-stick controller and that the position of one pilot’s stick is not transmitted to the other pilot.  At times during this incident, both pilots simultaneously made opposing inputs (stick forward and aft) on their side stick controllers, which would have cancelled (negated) each of the stick inputs.