The Loss of Control In-flight Problem

Although these days it is well accepted that Loss of Control In-Flight (LOC-I) is the primary cause of aviation accidents in every sector of aviation, there is still occasionally some debate about the full ramifications of this statistic. For some, it is a misunderstanding about the term itself.

At a certain level, it may seem that any aviation accident involves a loss of control. If the pilot had full control, then there should never be an accident, right? This view misunderstands the specific classification of loss of control as used by accident investigators and aviation safety analysts. 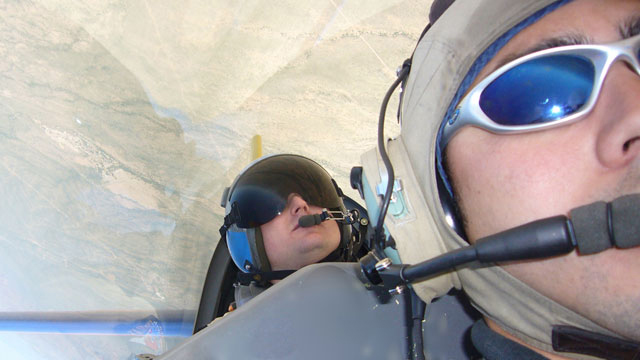 The International Civil Aviation Organization (ICAO) and the Commercial Aviation Safety Team (CAST), which includes government officials and aviation industry leaders, have jointly chartered a team which defines the taxonomy, or agreed definitions and classifications, of accidents. The CAST/ICAO Common Taxonomy Team (CICTT) is charged with developing common definitions for aviation accident and incident reporting systems. Common taxonomies and definitions establish a standard industry language, thereby improving the quality of information and communication. With this common language, the aviation community’s capacity to focus on common safety issues is greatly enhanced.

In a study conducted by the International Air Transport Association (IATA) in 2014, they found that although only 9% of all accidents came from LOC-I, they resulted in 37% of all fatalities. Although overall accident rates are in decline, the situation continues to worsen with regard to LOC-I with most recent statistics indicating that 47% of all aviation fatalities in the last 10 years have been a result of LOC-I.

The view that every aircraft accident involves LOC-I comes from the fact that unexpected aircraft upsets and other events leading to LOC-I can come from over a dozen different areas that can lead to an undesired aircraft state, or reduction in the margin of safety. If all of these different problems (environmental factors, systems anomalies, pilot induced causes) can lead to LOC-I, maybe everything can. If we examine the overall picture, we can begin to see a distinction that helps to explain where the answer to reducing the LOC-I accident rate resides.

You see, the overall aviation accident rate has never been better. In every category and sector of aviation, although there may be occasional reversals or setbacks, the overall trends are towards fewer accidents and fewer fatalities. What then makes LOC-I, whose trend as a percentage of the overall accident rate is increasing, different from our aviation safety improvement in general?

The answer, frankly, is quite simple. Nearly all pilot training occurs in the normal flight envelope; the region in which the airplane flies with normal control inputs and is where most pilots spend all of their time aloft. LOC-I, on the other hand, occurs in regions outside of the normal flight envelope. If the airplane behaved in the same manner, and pilot responses required outside of the normal envelope were the same as those within the normal envelope, we would not have a problem.

The problem is that the airplane will behave differently when beyond the normal envelope, and the pilot actions and responses required to safely return the airplane to the desired flight path can be different from anything that is ever required by flight in the normal operating envelope. It should be no surprise, that pilots, or any other human beings for that matter, will not perform as effectively in tasks for which they have not been sufficiently prepared, especially if it is time-critical and life-threatening.
The reason for the lack of preparation of pilots for flight outside of the normal envelope and the development of the necessary pilot proficiency in recovery from upsets leading to LOC-I is actually quite understandable. In large part, the threat is invisible, and the lack of pilot proficiency in the upset domain is underestimated. Both are relatively easy to explain.

First, although it is the leading cause of aviation fatalities, LOC-I is quite rare. Statistically speaking, the average pilot could go through an entire career and potentially never experience a severe upset or a LOC-I. However, this is equally true for a great number of aircraft emergencies that are trained for extensively. The turbine assemblies of modern jet engines experience times between failures that exceed the flight hours that most pilots will accumulate in a career, yet you can bet that engine failure procedures are ingrained and practiced regularly. The same can be said about a number of failures and emergencies that result in far fewer failures than LOC-I, such as fires in flight.

The problem is not that pilots are not doing anything to prepare for aircraft upsets and LOC-I, it is simply that the training that is being conducted is insufficient, ineffective, and the results look far better than we have any right to believe. There are several reasons for this related to how training is conducted, the training platforms used, and human factors in emergencies.

First let’s look at the two training tasks specifically related to aircraft upset events: stall recovery and unusual attitude recovery. Stall recovery is actually a misnomer, because what is actually conducted during most flight training is the recovery from an approach to stall. Whether using an airplane or a simulator, the recovery must be made at the first indication of a stall in order for success as defined by test standards. By certification, an approach to stall warning must occur by a defined margin prior to the stall itself.

Because of this practice, most pilots are unfamiliar with aircraft behavior at the actual stall. Because they may never have experienced it in the airplane they are flying, they may simply assume that the airplane will behave in exactly the same manner at or beyond the critical angle of attack, which defines the stall, as it does prior to that point, which is where they may have been practicing recovery for years. It doesn’t, and it won’t.

An aerodynamic stall will typically exhibit lateral instability, or other stall characteristics, which will make the airplane more difficult to control than it was during their training because of a phenomenon of all fixed-wing aircraft beyond the stalling angle of attack known as negative roll damping. Thus, pilots are training for a situation or task that is more benign than they will face in the real world.    Most pilots have never been told nor understand negative roll damping and their experience in the normal flight envelope informs them to react in a way that is counterproductive to the recovery process. Because existing regulations require only one recovery from an actual stall (on the Private Pilot checkride) there is insufficient familiarity with this stall characteristic leading, at the very least, to surprise. 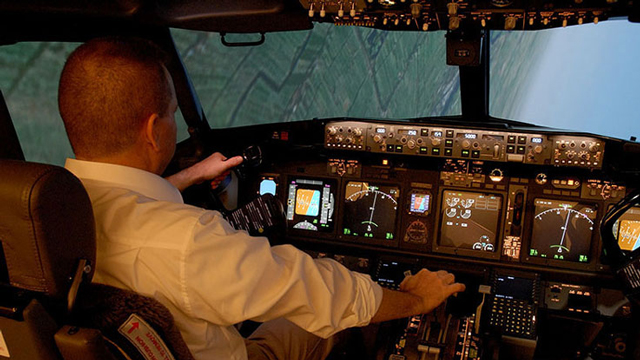 For unusual attitude training the simulator, if used correctly, can replicate significant attitude deviations within the validated training envelope, where the behavior represented by the simulator should match airplane performance relatively well. The problem is that pilots training in the simulated environment are not experiencing significant human factors elements which would be encountered in an actual flight upset. Some are obvious, such as the elevated, reduced, and negative accelerations which might be felt by pilots, but the other is less discernible.

Pilots familiar with standard simulator training profiles typically know what to expect next. This lack of surprise or startle in the training environment could not be farther removed from the experience of an unanticipated upset encountered in actual flight. If a flight crew detects an escalating upset event, they will intervene immediately. Airplane upsets, by definition, occur when the airplane is doing something that the pilot did not command it to do. For a pilot this can be extremely surprising, startling, and have an impact which reduces performance far below what is seen in the simulator. What’s more, in the real world, upsets are not handled individually, the way they are most often trained in a simulator, but by a crew who must manage their interaction in an extremely time-critical situation.

As if the limitations and differences identified between training and the real world for both approach to stall and unusual attitude recoveries were not enough, in the real world the separation between these training tasks is artificial. Although stall recovery is not accomplished during training at the same time as unusual attitude recoveries are, in the real world that is exactly what may be required. The lateral instability missing from today’s simulators does not cause them to “fall off” to extreme attitudes the way that real aircraft do in sustained stall situations. Yet another way in which our training for upset recovery is inadequate to the task faced.

The Solution: How to Mitigate the Risk of LOC-I

Fortunately, there is good news despite the aviation industry’s many systemic training limitations with regard to upset recovery. Through the integrated use of focused academics, simulator platforms and – most importantly – the use of actual aircraft, training for Upset Prevention and Recovery Training (UPRT) is easily accomplished. Even for pilots who have never experienced flight beyond the licensing limits of 30 degrees of pitch and 60 degrees of bank, proficiency in recovering from a wide variety upsets can be achieved in a matter of 4 hours of dedicated flying over 3 days of training. The reasons behind today’s LOC-I accident statistics are easily understood. Fortunately, the solution, mitigation of the threat through comprehensive UPRT, is well known as well and available for those looking for a solution to the problem.

To learn more about what constitutes effective and comprehensive UPRT, you can download the UPRT Buyer’s Guide which offers a thorough list of what to look for in a training provider.

All The Pilots We Have
MOST WANTED: LOC-I Continues as Prime NTSB Target