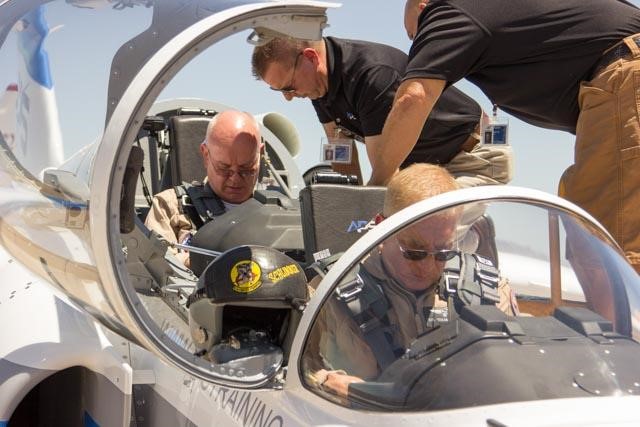 Increasing demand for pilots is changing considerations for automation and pilot staffing options. It has implications for pilot training as well.

How is the pilot shortage affecting the aviation industry?

By now most people both within and outside of aviation have heard about the current and growing shortage of pilots. While the higher echelons of the aviation profession such as major airlines have yet to see a shortage of qualified candidates, it is to not say that they have not seen impacts to their hiring practices. In the past, some airlines have required candidates to hold type ratings for the aircraft that they fly. Most of those requirements have been eliminated as the pool of desirable applicants has shrunk. Hiring of militarily trained pilots, which was over 90% for many airlines in the 90’s, is now down to approximately 30% at major US airlines, illustrating the reduced number of pilots trained by the military in recent years.

The effect of the shortage of available pilots is more evident among regional airlines. Some smaller “feeder” carriers have been forced to scale back flights due to lack of staffing. The ultimate overall solution for airline pilot staffing is not readily apparent. Some estimates indicate that even 100% available capacity from all existing pilot training resources (flight schools) will be insufficient to train the numbers of pilots required to replace a generation of pilots whose peak retirements will occur between 2020 and 2023. It is clear that in the not distant future, the airlines will need all the qualified pilots we have.

Do we have a solution?

One solution that has been raised is the use of automation to reduce the number of pilots. Certainly we have many autonomous air vehicles flying without any pilots at all at this very moment all over the globe, performing reconnaissance and even strike duties. There are robust arguments about the viability of flying passengers on pilotless aircraft, but before we go with no pilots it is more likely that we will evolve to a situation in which a single pilot takes the place of the two crewmembers in place in most airliners today.

While the barriers to this scenario are extensive (no existing airline aircraft is certified for single pilot operation), the potential is not without precedent. Since the introduction of jet travel when all jet transport aircraft had at least three crew members on the flightdeck, automation has reduced the number of pilots to two on all currently produced airliners; although crews are routinely augmented with additional flightcrew members on long haul flights for fatigue issues.

The often told joke is that the introduction of single pilot airliners will come equipped with a dog in the cockpit. The pilot will be there to feed the dog, while the dog is there to bite the pilot if he or she tries to touch anything. While the humor points to the level of automation that makes the concept of a single pilot possible, consideration of the practical implications of a single pilot is no joke.

What are the training implications of a single pilot solution?

The greatest cause of fatalities in commercial aviation worldwide is Loss of Control In-flight (LOC-I). Not only is it greater than the next two categories of causal factors combined, it is also growing as a percentage of overall fatalities. In the annual Statistical Summary of Commercial Jet Airplane Accidents published by Boeing and the Commercial Aviation Safety Team (CAST) each year, a ten year period of worldwide operations is calculated and published annually. Over the last three years, the contribution of fatalities due to LOC-I relative to the overall number of fatalities has grown from 41.7%, to 43%, to the current new peak of 47% of all fatalities over a ten year period being the result of an accident attributed to LOC-I.

One thing is for sure, if we reduce the number of crew members on the flightdeck by 50%, the threat of an airplane upset event leading to LOC-I is likely to increase. While automation may help, as it has through innovative technologies such as fly-by-wire, evidence supports the fact that aircraft upset events leading to LOC-I are often due to the failure of technology based flight envelope protection systems. With only a single pilot as the last line of defense against the loss of aircraft control, it will be essential to make sure that the pilot, the guardian of aircraft safety, is prepared through the best Upset Prevention and Recovery Training (UPRT) the aviation industry knows how to provide.

Expanding on that philosophy, if safety will be enhanced in a possible future inhabited by  single-pilot airliners by providing robust UPRT for all pilots, doesn’t it make sense now as the most effective means of mitigating the number one threat in civil aviation? Along with knowledge and skills helping to recognize and recover from undesired aircraft states or aircraft upsets, the enhancements to pilot’s manual handling skills, resilience in the face of the unexpected, and overall airmanship that result from UPRT are as valuable now as they will be in the future. That is why comprehensive UPRT makes sense for all the pilots we have, now and in whatever future we ultimately fly into.

A Pilot’s Nightmare: When the Magic Fails
Why We Lose Control In Flight