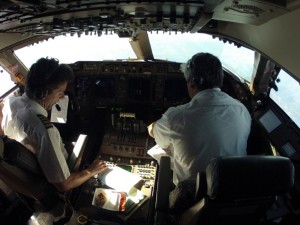 Accident statistics show that Loss of Control In-flight (LOC-I) is the leading cause of fatalities in both General Aviation and for worldwide commercial airlines. Crew Resource Management (CRM), also known as Cockpit Resource Management, is a set of training procedures for use in environments where human error can have devastating effects. Used primarily for improving air safety, CRM focuses on interpersonal communication, leadership, and decision making in the cockpit. The odd thing is that despite the fact that airplane upset events are the primary cause of aviation fatalities, and that CRM is a means of mitigating safety threats through the use of the mutual support provided by a multi-pilot crew, one of the only areas where CRM is not practiced is in recovery from an airplane upset.

In the Practical Test Standards for Airline Transport Pilots which are used in the qualification of pilots to fly a new aircraft, and on which they are judged in recurrent training, one of the required items is Task IV (F): Recovery from Unusual Attitudes. One of the interesting things about this task is that there is no definition of what constitutes an “unusual” attitude. For most pilots in civil transport flight operations, it is unusual to go beyond 30 ° of bank, which is all that most autopilots command. It is highly unusual to go beyond 45° of bank or to exceed pitch attitudes of more than 25° up or about 10° nose down. So from a strict interpretation of the word unusual, meaning not usual, a 60° bank or 30° of pitch nose-up or nose-down could constitute an unusual attitude. While perhaps satisfying the objective of the testing requirement, it won’t do much to determine the pilot’s ability to recover from the attitudes which could be encountered in an actual airplane upset event. 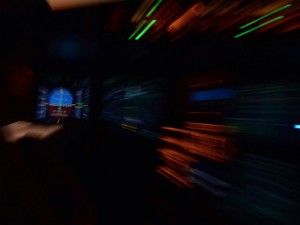 Another issue with this task regards the knowledge that is required. The objective states that it is to determine, among other things, the applicants “knowledge of recovery from unusual attitudes”. There are two problems with that objective. The first is that what knowledge or the scope of that knowledge is, as in the definition of an unusual attitude, undefined. The second is that it turns out that knowledge alone, while essential, is generally not all that helpful by itself in an aircraft upset event or “unusual attitude” encounter. In real life, these situations often leave a pilot startled, surprised, stunned, and cognitively impaired to the point of incapacitation if they have never seen such a situation before. It is not that knowledge isn’t helpful; it is just that it is not enough by itself. Practice in the real conditions that could be faced in an airplane upset is necessary in addition to possessing knowledge in order to manage the startle inherent in such a situation. 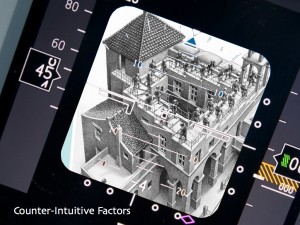 Regardless of the nuances of the training requirement, the more important consideration is how pilots train for these recoveries from unusual attitudes. Despite the benefits that can accrue from properly implemented CRM, pilots are generally trained and tested in their unusual attitudes individually, without dealing with the situation as a crew, and often being forbidden to work together in order to gauge individual pilot’s ability to recover. The typical setup for such recoveries is to have one pilot close his or her eyes while the other pilot initiates an “unusual attitude”. This does not allow for the development of proper crew coordination in addressing an unexpected airplane upset event. While the principles of crew coordination in such an event are similar to other abnormal or emergency events, upset onsets can be very time-critical and often life threatening, which only increases the need for smooth coordination to deal with such an encounter.

In addition to gaining individual proficiency in recovering from aircraft upsets, at APS pilots in training can practice implementing CRM in a Level D full-flight simulator in order to practice the mutual support that can be provided when CRM is applied in an airplane upset.