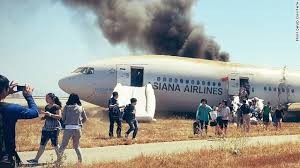 There have been several relatively high profile aviation accidents in the last few years that have brought into question the man-machine interface of flight deck automation and pilot’s manual flying skills. Asiana Flight 214 crashed in part because a pilot, by his own admission, was nervous conducting a visual approach in very benign flight conditions without the full suite of automation and visual approach aids to assist him in the task of landing. In the case of Turkish Airlines Flight 1951 the airplane crashed because of a lack of awareness of a low-energy state due to a malfunction involving an autothrottle disengagement. In the crash of UPS Flight 1354 the autopilot was engaged at the time of impact. In all three of these accidents and many others, aircraft capable of safe operation if flown manually crashed due to a lack of timely intervention on the part of the flightcrew. 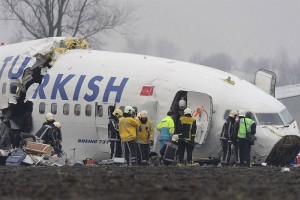 Airline and corporate pilots primarily fly with the autopilot engaged. There has been a lot of hand-wringing and concern expressed recently about over-dependence on flight deck automation and a deterioration in manual handling skills among pilots. While these issues demand our attention, the fact of the matter is that automation contributes enormously to overall aviation safety; if the right skills are in place. Let’s talk about what those skills should be, and how they can be acquired.

It is common to specify the roles of the captain and first officer by function as the Pilot Flying (PF) and the Pilot Monitoring (PM). The assignment of the PF role does not necessarily mean hand flying; most often that pilot is directing the flight path of the airplane through interaction with the automation. If the autopilot is engaged the PF should be monitoring its function – that it is operating properly, in the correct mode, and commanding the airplane to do the tasks assigned by the PF. In such a case, the PM is also watching many of the same parameters. This is fine until the point at which it isn’t. If the monitoring taking place by both the PF and PM catches something amiss, the flightcrew must take command and apply the appropriate level of automation including manual control (hand-flying) if necessary.

The vast majority of the time, pilots of transport type airplanes operate in a fairly narrow range of pitch and bank attitudes, and seldom at airspeeds that are too far from where they should be. In fact it is a bit counter-intuitive that the degree of safety is actually a part of the problem. You see, it is so rare that an airplane deviates unintentionally from the normal flight envelope that there is an under-appreciation for how quickly such a situation can occur and how life threatening it can become.

Let’s begin by addressing prevention, because we would always like to keep an aircraft from departing controlled flight in the first place if possible. This involves two elements of normal flying that involve both the use of automation and manual handling skills. 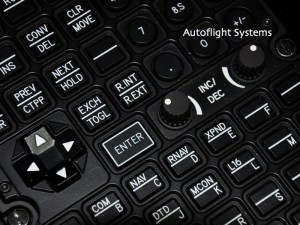 With regard to automation, it is important that pilots fully understand how the autopilot works, are familiar with the various autopilot modes at their disposal, and what mode is the most appropriate for a particular phase of flight. Autopilot mismanagement or mode confusion are common contributors to Loss of Control In-flight. These issues are not the fault of the automation itself but of the pilots’ use of the tools at their disposal.

The second aspect of prevention with regard to automation issues focuses on the appropriate level of automation. Many aircraft have various options for the degree of automation employed. Simple heading and altitude hold are not very complex, but fully understanding the sequencing and prioritization of capturing a fully-coupled ILS with autothrottles engaged and executing a missed approach by commanding Take Off and Go Around (TOGA) function involves a much higher degree of sophistication which must be fully understood to be mastered.

Often, whether due to system failure or programming errors, the best thing that the PF can do is to reduce the level of automation, sometimes all the way down to hand-flying the airplane. In this situation the task loading on the PF will be much higher but confusion about autopilot functionality is entirely eliminated. Over reliance on the autopilot is what once resulted in a 747 executing a descending barrel roll which reached 5g’s before recovery after a flame-out of the number 4 engine. 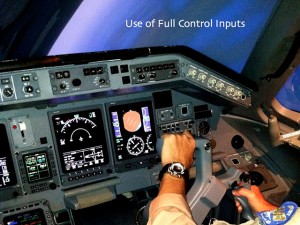 In order to have hand-flying as a viable alternative, the pilot flying must have the confidence to take control when necessary. The pilot is the back-up to the automation when it becomes unavailable. If the pilot does not have enough practice using manual flying skills as the last-line-of-defense in maintaining control of the aircraft, the redundancy of the pilots as a backup system can fail.

Pilots operate within the normal flight envelope regularly. They are equipped to handle manual interventions that occur while the airplane is in this region. It is in the domain beyond the normal flight envelope that current regulations do not require proficiency. This is where the additional information and skills provided by Upset Prevention and Recovery Training provide pilots with the ability to assume their role as Pilots in Command of the safety of their aircraft.

As stated by Jacques Drappier, former Airbus Vice President of Training and Flight Operations: “In some respects, automated aircraft may require a higher standard of basic stick and rudder skills, if only because these skills are practiced less often and maybe called upon in the most demanding emergency situations.”