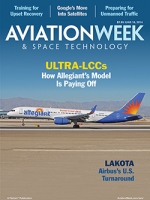 Important Note to Readers: Below, APS comments on some elements of this article. These comments are NOT part of the original article but serve to clarify concepts mentioned in the coverage in the interest of preserving the safe and effective delivery of Upset Prevention & Recovery Training (UPRT) solutions.

John Croft
Jun 19, 2014
Airlines turn to industry for help with extended envelope training
Unambiguous Upset
A version of this article appears in the June 16 edition of Aviation Week & Space Technology. 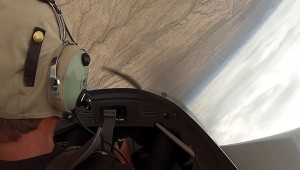 The best textbooks and simulators may not adequately prepare a pilot for the gut reaction of suddenly becoming inverted after an upset like a wake vortex encounter, and neither does traditional pilot training. Guidance on the topic—unload the wing and roll to the nearest horizon—makes sense on paper or visually, but cannot account for or predict the psycho-physiological response in the moment of crisis, what scientists call the pilot’s naturalistic decision-making process.
Face-to-face with this type of extreme unusual attitude for the first time, an untrained pilot is likely to either pull back on the control column in a “split-S” high-G dive toward the ground or do nothing, both of which could lead to an unrecoverable loss of control in-flight (LOCI) within 5 sec., says Karl Schlimm, director of flight operations at Aviation Performance Solutions (APS). Schlimm gave Aviation Week a greatly compressed version of APS’s upset prevention and recovery training (UPRT) course in an Extra 300L at the company’s Mesa, Ariz., headquarters on April 11. APS is one of 137 companies offering UPRT in the U.S., according to the International Aerobatic Club (IAC), but it is the largest UPRT provider in the world, training approximately 1,000 pilots per year, mostly for business aviation clients. Airline clients are a emerging part of that business, with the company set to provide UPRT to instructors from South African Airways in August. [SEE COMMENT 1 BELOW]
South African Airways (SAA) is the first of an increasing number of airlines that are evaluating APS and its closest competitor, Mojave, Calif.-based Flight Research, for help with meeting new global mandates to provide pilots with UPRT. At present, the two companies form a duopoly for in-aircraft UPRT training for the airline sector, although more competitors are likely to begin offering the services if demand grows. 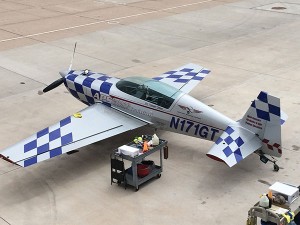 Largely as the result of the Colgan AirBombardier Q400 crash near Buffalo, N.Y., in 2009, the FAA in November 2013 finalized a new pilot training rule that will require airlines to provide pilots with “extended envelope” training in simulators by November 2018. The full-motion simulator-based training is to include upset recovery maneuvers as well as recovery from full stalls and stick pusher activations, among other abnormal events. Aviation authorities elsewhere are following suit.