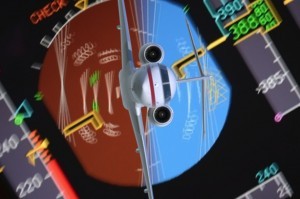 Clarifying the Meaning of “Time Critical” in an Airplane Upset

Responding to an unexpected aircraft upset is time critical in that you typically have around 10 seconds or less, sometimes as little as 2 seconds, to properly respond to an aircraft upset.  The stated 10 seconds assumes you don’t instinctively respond with the incorrect initial action that completely eliminates any chance of survival at all. If you have not had comprehensive on-aircraft Upset Prevention and Recovery Training (UPRT), research and investigations on instinctual responses in startling airplane upset events have determined that there is more than an 80% likelihood that you will instinctively respond with the WRONG action. If so, game over … 10 seconds is now 0 seconds. These disturbing statistics explain why Loss of Control In-flight (LOC-I), remains the number one cause of fatalities across all sectors of aviation.

In a paper published in 2004 titled “Defining Commercial Transport Loss-of-Control: A Quantitative Approach”, authors James Wilborn of Boeing and John Foster of NASA took a look at six different Loss of Control In-flight (LOC-I) accidents involving airline aircraft in the early to mid-1990’s. In their study they determined precise measures which defined when an airplane exceeded parameters indicating an upset event. They named these five distinct measurements of ways to depart the normal operating envelope the Quantitative Loss-of-Control Criteria.

These Quantitative Loss-of-Control Criteria were then used to determine how long it took to get from the point of exceeding one of the five identified upset criteria to reach the point when it was no longer possible for pilots to intervene to prevent the loss of the aircraft. They gave a name to this period of time, calling it the Critical Window. For the six accidents studied the period of time available to the flight crew varied from between 2 seconds to just under 17 seconds, with the average being about 9.5 seconds.

What Can You Do in 10 Seconds?

If you count slowly to 10, that is plenty of time to do something that you know how to do; something that you have practiced before. If the flight controls work in exactly the same manner that they do for us when we are in the normal flight envelope, then 10 seconds is a significant amount of time to alter the flight path or energy state of our aircraft.

But what if we are talking about an activity or flight maneuver that we have never done before…or even seen executed before? Now 10 seconds is hardly enough time for a response of any complexity. To further complicate our required task completion in 10 seconds, let’s introduce the fact that certain control functions may work differently or have different effects than they do when we are in the normal flight envelope. That 10 seconds is not looking quite adequate by this time, but there is more to consider.

What About a Life or Death Situation?

What if the 10 seconds that you have to act could be the last 10 seconds of your life? That was the average time the flight crews in the six fatal accidents in the NASA/Boeing study had to act to save their own lives, and the lives of all of their passengers. Now, given the fact that the task that you have to accomplish in 10 seconds may involve maneuvering that you have never executed before, the fact that your controls may have different effects than usual, and that your life is on the line are you willing to bet your life that you will get it right on your first attempt? That is all you may have in an unexpected airplane upset event; one shot.

Airplane upset events are rare. It is possible that a pilot could go through an entire flying career and never depart the normal operating envelope. However, studies show that unprepared pilots have less than an even chance of being able to adequately cope with an unanticipated airplane upset. This is one of the factors leading to LOC-I being the leading cause of aviation fatalities today in both commercial and general aviation.

Been There, Seen That

Now let’s look at those 10 seconds that we have to act again through a different lens. Let’s say that you have received academic training in specific methodology to defeat all main categories of airplane upsets. You have received training under the tutelage of an expert instructor trained in the delivery of the specific techniques required for upset recovery. Let’s say that those skills were imparted in an actual aircraft so that you have realistically faced a vast array of attitudes and combined aggravating factors which could lead to an upset and had practiced repeatedly recovering from those upsets.

Then let’s imagine that the skills developed in the air are practiced again in a simulator environment that represents the multi-engine, multi-pilot cockpit of business and commercial aircraft. Would you feel better about your ability to safely and effectively recover control of your airplane in 10 seconds if you had received such training?

That is exactly the training that APS provides to over a thousand pilots each year. If you ever experience an unanticipated airplane upset, we hope that you will know exactly what to do over the course of your next 10 seconds by applying the knowledge and skill acquired through APS Upset Prevention and Recovery Training.