by Jonathan E. Doolittle, President
Sutton James Incorporated
Aviation Insurance Brokers
In a 2007 study going back over 50 years, a Boeing safety group identified in-flight loss of control as the number one source of airline fatalities. The 2008 Nall Report tells a similar story for general aviation airplanes.
Loss of control- in flight, or LOC-I in the argot of those who study aircraft accidents, includes a host of hazards ranging from garden-variety stalls to control surface hardovers and encounters with wake turbulence.  LOC- I accidents happen to the spectrum of civilian pilots, from Students to airline veterans, and every one of the rest of us in between.
The stubbornness of LOC-I as the single largest cause of fatal accidents has a great deal to do with the way that we train.  While the airlines have incorporated a number of  loss of control scenarios in their training, general aviation has not really addressed the issue.
The quality of GA training varies widely, and most pilots have never been in a spin unless they trained to be flight instructors or took aerobatic lessons.  Most stall training is aimed at avoidance, rather than recovery.  We go to the horn, or if we’re really feeling brave, to the buffet, and then fly the airplane out.  We rarely completely stall the airplane, especially in crossed-control or other aggravated configurations.  So is it any wonder that when we are confronted with a sudden loss of control of the airplane, we don’t typically react well enough to live through the event? 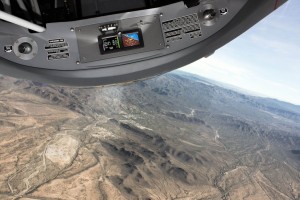 Enter APS Emergency Maneuver Training, whose motto is ‘to fly another day.’  APS is located in Mesa, Arizona, and is one of a handful of schools around the country that offers upset training to pilots of all backgrounds.  APS is one of the few that is 141 approved, and that is dedicated to this type of training.  We recently completed the APS Professional Pilot Upset Recovery Training Course, which included the core upset recovery program, spin training and instrument recovery training.  While there are a number of schools that offer this type of training, we feel that APS offers an excellent value based upon the qualifications of the instructors, the quality of the curriculum, and the suitability of the airplane used.
All of the APS instructors are former or current military instructor pilots, and a  number have airline experience as well.  We flew with the company’s president, Paul “BJ” Ransbury, and the Director of Flight Training, Clarke “Otter” McNeace.  Both flew F/A-18’s, both have thousands of hours in the Extra 300, and both have strong academic backgrounds for the material they are teaching. Before each flight, they conducted a thorough briefing on the flight.  There was a great deal of stress on making sure that we understood the physics of the upset as well as the recovery.  There was also repeated emphasis on the steps of the recovery procedure.  After each flight, students are debriefed.  We found that the debriefings were excellent reinforcement.  The instructors seemed to have almost total recall of the specifics of the flight.  The airplanes are also equipped with video cameras mounted on the right wing, vertical stab and inside the cockpit.  Particularly after the spin flights, video was used for the debriefings along with the instructors comments.  Each student goes home with cd’s of all of the flying that he did during the course.
We found the curriculum to be a good balance of academics and a rote building block approach to use in the airplane.  We were furnished with the course manuals months before arriving and were urged to read them and re-read them before starting the course.  We found that this helped speed up our learning substantially.  Everything that we were taught in the classroom sessions was carefully related to what we would see and do in the airplane, but there was a considerable underpinning of aerodynamics.  None of this is rocket science, but we came away with a much better understanding of the fundamental importance of angle of attack, as well as the effects of g-loading, roll-yaw coupling, negative roll damping.
In addition to the academic side of things, APS provides a building block approach which they call the ‘All Attitude Upset Recovery Checklist,’ a five step procedure which allowed us to proceed one step at a time from total chaos to recovery of the airplane to an upright attitude.   As the name implies, this technique is used for almost every situation except for fully-developed spins.  For spins, APS uses the NASA spin-recovery technique.
One of the most important parts of the training was the ‘say and do’ technique, which forces the student to name each step of the recovery process as he does it.  We found that if we could say it, we could eventually do it as well.  By the end of the course, the combination of increased understanding and repeated practice with the techniques made us feel that we probably would have the chance ‘to fly another day.’ 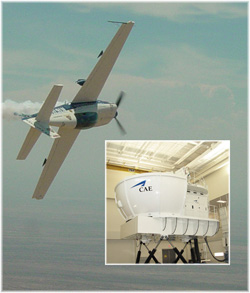 For upset and spin training, APS relies upon two Extra 300L’s, complete with shark’s teeth.  While the point of the training is to learn to recover within the limits of Standard or Transport category airplanes, the Extra’s unlimited aerobatic capability and limit load of plus or minus 10 g’s make it an ideal airplane for this type of training.  There is no maneuver that can’t be recovered from, and your internal organs will probably fail before the airplane does.  The huge margin between the g’s that you pull in the course and the g-load available to the airplane made us feel very comfortable.  And if you haven’t flown an Extra before, you are in for a treat.  Aside from the light stick forces which took us about 15 minutes to get used to, there are few surprises.  It goes where you point it, and does what you think it will.  If you have never flown with a stick before, you will find the transition painless.
APS has a military feel to it, and it is noticeable throughout  the course.  The instructors and some of the students wear flight suits.  Most flights start as a formation flight of two airplanes out to the practice area, then break up into north and south working areas, and at the end of the lesson, rejoin for the brief flight back to the airport.  If you are interested in trying your hand at formation flying, this is a good time for it.  Missions, as APS refers to them , are  crafted so that there is no time wasted, and yet we never felt that it was a problem if we wanted to see a given maneuver yet another time.  And if we didn’t do it correctly, the instructor’s would point out our errors, and we would keep doing it until we had it right.
There were a number of maneuvers put into the syllabus as demonstrations, and we thought that these were well chosen and great teaching tools.  Our personal favorite was the zoom maneuver, which basically consists of pulling the nose up to about 30 degrees, and then pushing till you are light in the seat, about ½ G.  The airplane flew a gentle arcing parabola, and as airspeed dropped, we were encouraged to move the controls in order to see that when unloaded, the controls remained effective 20 knots below the published 1-g stall speed.  This was an excellent graphic reminder of the effects of g-loading on angle of attack and hence upon stall speeds.
The greatest benefit of the course is that the student, accompanied by an extremely experienced instructor in a very capable airplane is able to safely explore areas of the envelope well beyond what he will see in normal operations, or what he could live through if he saw it by himself for the first time.  The skidding turn stall is performed by starting a turn, and then feeding in increasing amounts of inside rudder while gradually adding aileron against overbank and back pressure in an attempt to keep the nose from falling.  When the stall comes, it is spectacular, and it happens at a speed well above the published stall speed, rolling the airplane onto its back quite briskly, and leaving you looking down at rocks and desert, no blue sky, the proverbial ‘face full of dirt.’  Using the all-attitude upset recovery technique, the student goes from step to step, fixing the upset by saying and making one control input at a time.  Another unusual attitude covered in the course is the spiral dive.  When our instructor gave us the controls, the airspeed was almost 200 knots, and the g-load was about 3.8, well beyond what you would want to do intentionally in your own airplane, but not so different from what might happen in the real situation.
We liked the businesslike approach that the instructors took toward the training.  They carefully briefed the flight, and then flew the mission as briefed.  In case we missed anything, we then sat down and debriefed.  We felt that there was a good balance of academics and the rote learning that must be at the heart of any emergency procedure where the pilot is not likely to be thinking clearly.  We liked the airplane.  While the point of the course was to learn how to recover the kind of airplane that you actually fly day in and day out, it was nice to know that if you screwed up a 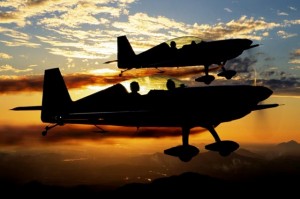 maneuver or a recovery, you wouldn’t hurt the airplane.
We think that the experience we gained during the course is invaluable.  Our sense is that in order to remain proficient in the recovery procedures, we would have to return every two years or so.
The APS courses are not cheap.  The Standard Emergency Maneuver Training course lasts 3 days and includes 5 flights,  and lists for $3,290.  APS also offers training in formation flying, aerobatics, and simulator training as well. (Please see all UPRT Courses for current programs and prices.)
We felt that given the experience of the instructors, the curriculum and the airplane, that the price of the courses we took was an excellent value.  We would recommend this school to any pilot who is interested in learning more about upset recovery. We will certainly be back next year.