Loss of Control In-flight (LOC-I) is the number one cause of fatalities in commercial aviation worldwide. There are a broad range of factors which can cause an airplane upset that could lead to a loss of control incident or accident. Training flight crews how to prevent an airplane upset, or recover if necessary, provides the greatest opportunity to reduce the LOC-I accident rate. Technological solutions and other means should certainly be considered, but training targets the last line of defense for aircraft control – the pilot in command and his or her crew.

The need for training is straightforward; what follows is the subject of some debate. What is the best method to provide training in how to maneuver an airline aircraft in upset avoidance or recovery when the use of an actual aircraft is out of the question for reasons of safety and economics? Once we determine that an actual airliner will not be used, the concept of transfer of training must be considered. Whether through a flight simulator or an alternative aircraft, the training provided must be transferable back to the actual line aircraft in order to be effective. 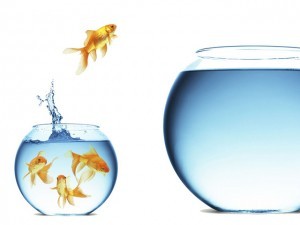 The normal way that airline training occurs is through the use of flight simulators. These flight simulators are so good at replicating airplane operation in the normal envelope that it is hard to identify those areas where they become unrealistic. They attempt to “hide” the boundaries of their fidelity by extrapolating known behavior into regions where aircraft behavior is unknown, because it has not been tested there.

Unfortunately, these untested regions are often exactly the same areas in which training needs to occur, since it is precisely the fact that aircraft behavior is not a simple extrapolation in the real world that causes pilots problems. If the aircraft behaved consistently in all attitudes, airspeeds, and angles of attack then the flying that pilots perform quite routinely, predictably, and safely in the normal operating envelope would involve the same skills in other, non-normal areas of operation. The fact that it does not is exactly the training that pilots need.

If pilots or instructors are not aware of simulators’ limitations and stray outside of what is referred to as the “valid training envelope”, they can acquire skills that are based on behavior that the simulator exhibits that can be fundamentally different from the way an actual aircraft would behave in flight. This can create skills that are out of place or incorrect in actual flight. This is called negative training; teaching skills that can be unhelpful or even dangerous when applied in real life. And in real life, lives have been lost due to negative training.

These fidelity limitations of the simulator only describe one type of simulator limitations. Another type of limitation is psychological. The very quality that makes flight simulators such a marvelous contributor to aviation safety also works against us by allowing the pilot’s brain to work in a significantly different environment than it would if confronted with an actual unanticipated upset event. The safety provided by the simulator allows the pilot to train without the threat of consequence or perception of risk present in actual flight. This allows pilots to be much more cognitively capable in the simulator than they will be under the presence of fear that exists in an actual upset encounter.

So why not train in airplanes? All pilots must train in actual flight at some point, although some licensing tracts now can move more elements from airplanes to simulation. In normal flight operations and in the valid training envelope of the simulator, expanded simulator training can have many advantages, but only an aircraft can fully replicate the psychological and physical domain that the pilot must face in an unexpected upset, even if we properly recreate the fidelity of aerodynamics and motion involved in upset events more accurately in the future. This brings us back to the safety of flight concern.

The sliding scale of airplanes which can be used to train for upset recovery involves the tradeoff between accuracy and margin of safety. On the side of accuracy, we would like an airplane which comes as close to the actual airplane that we are simulating as possible. If we can’t use the airliner itself, what can we use? We can find some airplanes in the business jet class that can act as stand-ins for an airliner or a different business aircraft type, but the closer we get to the transport aircraft we seek to emulate, the greater are the risks present that keep us from using the actual airplane, and drive us toward simulation. To operate these aircraft we have to preserve an acceptable margin of safety, which limits what training can safely be demonstrated.

On the other end of the scale are airplanes that are entirely capable of operating safely in the upset domain because that is what they were designed to do. Purposes-built aerobatic airplanes offer a wide margin of safety but are more dissimilar from their transport category counterparts in control forces and layouts, visibility, instrumentation, and control response.

There is a third inescapable factor present in the selection of airplane training platforms: cost. There is a certain, minimal amount of practice that is required to learn the techniques and skills associated with upset recovery. If the same amount of time is allowed in all aircraft the difference in operating cost will be reflected in the price of training. Alternatively, in order to limit training cost, training time may be limited based on expense. The question then becomes what is the minimum amount of training time required?

What is often forgotten in the overall picture is the role and value of the instructor in providing proper transfer of training principles in Upset Prevention and Recovery Training (UPRT). No matter what platform is used, whether simulator, business jet, surplus military training aircraft, or purpose-built aerobatic airplane some translation will be required, and operational safety of flight must be ensured. The biggest single factor in transferring knowledge in UPRT is not the device being used as the training medium, it is the ability of the properly trained UPRT instructor to translate the training experience into the concepts and actions that must be acquired to avoid LOC-I in the actual transport airplanes which might encounter an upset in flight.