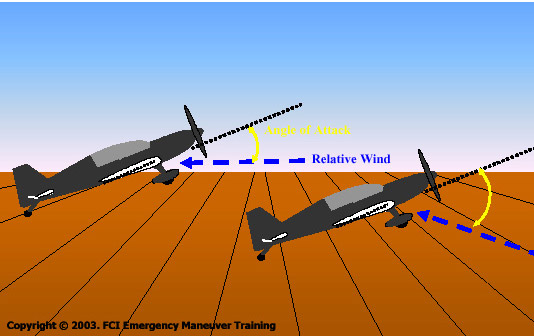 Figure 1: Pitch Attitude versus Angle-of-Attack in a Descent

The most prudent thing to do here would be to push forward on the yoke to reduce the angle-of-attack. Perhaps the pilot failed to do this, because it was not necessary to do so in his previous training, since the stick shaker kept the aircraft below critical angle-of-attack. The crew had plenty of altitude at the start of the stalled condition. As the DC-8 continued the descent, the un-commanded pitch down moments would have required pushing forward on the yoke to break the stall, not pulling back.
Regardless of the proximity of the ground, it is necessary to push forward on the yoke or stick enough to break the stall, while adding power to minimize altitude lost. Certainly, if the yoke is pushed forward excessively, the stall recovery will be successful, but excessive altitude loss will be inevitable in the ensuing dive recovery. However, if the yoke is not moved forward sufficiently, then the angle-of-attack may not be reduced sufficiently to break the stall. A pilot should not rely on pitch attitude to tell that the stall is broken. Other cues that can assist in determining that the aircraft is no longer stalled might include:

The crew of DC-8 had several things going against them, including an inoperative stick shaker, lack of consistent guidance on proper stall recovery techniques, inadequate simulator training, and lack of adequate outside visual references. Still, had prompt and correct control inputs been applied to break the stall, the accident could have been avoided.

At APS, our instructors teach the following stall recovery technique:

Notice that reducing angle-of-attack is absolutely the first and most important step in the recovery process. Minimizing altitude will at times be critical, and should be the emphasis of training, but if an actual stall occurs, altitude loss will be inevitable. You must react to all available cues that a stall exists, regardless of the aircraft’s attitude, airspeed, or proximity to the ground and you must be prepared to lower the angle-of-attack with sufficient forward movement of the yoke or stick. Proper training should involve stalls from a variety of pitch and roll attitudes and airspeeds. Your options are limited in most aircraft due to narrow structural and airspeed tolerances. A thorough Emergency Maneuver Training program in a structurally capable aircraft can help. APS offers such a program in the Extra 300L.