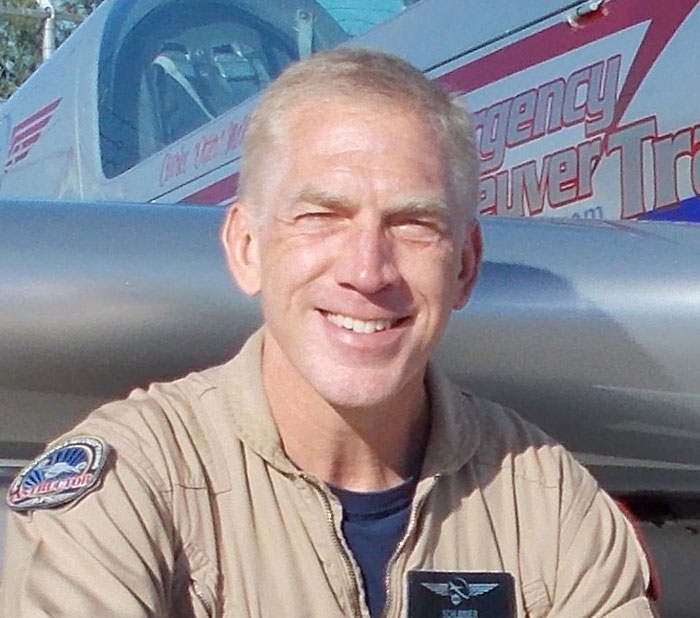 On September 8, 1994, USAIR Flight 427, a Boeing 737-300 plunged to the ground from 6000 feet following loss-of-control, while receiving vectors to land at Pittsburgh International.. While this scenario involved a particularly unusual mechanical failure in a heavy, complex aircraft, and placed very heavy demands on the flight crew, there are still lessons to be learned for any pilot, whether you fly a 737 or Cessna 150.
The final cause of this accident was determined to be a faulty rudder power control unit, causing the rudder to deflect fully to its “blow down” limit. As the 737-300 neared Pittsburgh, it encountered some wake turbulence from a Boeing 727 ahead. The aircraft rolled to the left. The co-pilot responded by attempting to roll the 737 back to the right. The 737 never reached wings level again. Instead, the aircraft then yawed heavily to the left due to full left rudder deflection, apparently opposite the co-pilot’s right rudder input. The left roll increased and the nose continued to drop. In the following 28 seconds until ground impact, the pilots fought nobly to save the aircraft. They were experienced aviators and responded to the situation the way most aviators would. Fighting an aircraft that continued rolling left despite roll and rudder inputs to the right, they began pulling back on the yoke in a desperate attempt to bring the nose back up to the horizon. Unfortunately, pulling on the yoke compounded the problem. Approximately 6 seconds after the rudder reached full deflection, and at the point where the 737 reached 70 degrees of left bank, 20 degrees nose pitch down and 3600 feet per minute descent rate, the aircraft stalled. It was now impossible to control, and continued to roll and pitch downward, eventually impacting the ground.
So what happened to Flight 427? As the rudder of Flight 427 deflected fully and yawed the 737 to the left, the left wing lost lift and dropped. This roll associated with yaw is characteristic of any aircraft, and occurs when the wing on the side of the deflected rudder recedes from the relative wind causing a reduction in lift. The opposite wing advances into the relative wind and rises due to an increase in lift. The Boeing 737 in particular has what is called “crossover” speed. Below this speed, the pilot does not have enough lateral control authority to stop the roll associated with yaw when a rudder deflects fully. In other words, below crossover speed, the 737 will continue to roll uncontrollably in the direction of the deflected rudder. Flight 427 was at 190 knots, right at crossover speed. When the crew of Flight 427 pulled back on the yoke, angle-of-attack and G loading increased, which actually raised crossover speed.

AERODYNAMICS TIP: Did you know that basic stall speed is also increased during uncoordinated flight?

At higher angles-of-attack, the rudder was rendered more effective, and lateral or roll control was compromised. They were at the mercy of the deflected rudder. Had the crew of Flight 427 pushed forward on the yoke to reduce angle-of-attack and gain airspeed, they may have had sufficient lateral control to arrest the roll. To compound the problem, the 737 stalled due to the excessive angle-of-attack commanded by the pilots. Any aircraft is difficult to control while stalled (above critical angle-of-attack). Why? Not only is lift reduced drastically and drag high, but also there is another quirk of stalled flight aggravated by yaw and its associated roll. It’s called “negative damping in roll”. The angle-of-attack of a wing is defined as the angle between the chord line of the wing (which is influenced by flap and leading-edge slat positions) and the relative wind. As a wing drops for whatever reason (due to yaw, a gust of wind, etc.), it descends into the local relative wind. In other words, the wing “sees” a steeper relative wind and thus has a higher angle-of-attack. The rising opposite wing, conversely, sees a lower angle-of-attack. Unfortunately, increasing the angle-of-attack of an already stalled wing causes a further reduction in lift, causing the dropping wing to continue to drop. Drag always increases with increase in angle-of-attack, and the aircraft also yaws in the direction of the dropping wing. This phenomenon is called negative damping in roll. As the pilots of Flight 427 pulled back on the yoke, the 737 continued to roll and yaw to the left as the nose dropped. Airspeed increased rapidly in the decent, but so did G loading and the aircraft remained in an accelerated stall, rendering an already marginally controllable airplane that much more uncontrollable.
Flight 427 encountered a rare mechanical malfunction, which caused full rudder deflection to the left (Boeing has fixed the problem). The chances of you encountering such an un-commanded rudder deflection are slim. But you may find yourself in a similar situation as Flight 427, that is, an aircraft upset with associated yaw and/or roll and pitch down due to some other cause. A gust of wind or turbulence could cause a drastic wing drop. If you don’t panic or pull back excessively on the yoke, then the roll should stop as soon as the external influence (the gust) is removed. Then you would merely roll wings level and pull out of the dive. But if you react to the ensuing pitch down as the aircraft rolls, with excessive back pressure and stall the wings, the aircraft will most likely keep rolling and begin yawing in the direction of roll, possibly leading to a spin. What was a relatively benign aircraft upset has then turned into a potentially unrecoverable situation.
Skidding around the final turn in the traffic pattern is another way to get you into big trouble. If you notice an impending runway overshoot (due to over-shooting winds perhaps), but are hesitant to increase the bank angle in the turn to tighten your turn radius or even accept the overshoot, you may feel tempted to skid with rudder. Not only is this an inefficient and dangerous way to turn, but also, as the aircraft yaws, the inside wing (as in the case of Flight 427) will drop. The nose will drop as well. You may react by holding opposite aileron to keep the bank angle where you want it, and applying back pressure. If due to excessive back pressure, the wing stalls, it is the inside wing which is already at a higher angle of-attack which will stall first, resulting in an aggressive roll in the direction of the turn. You could easily wind up on your back or in a spin.
Even if you diligently coordinate all turns, an accelerated stall can occur while maneuvering. Some airfoils can exhibit rolling tendencies when a stall occurs, even from coordinated flight. If you do not react quickly to arrest any roll or yaw with rudder, and reduce angle-of-attack by pushing forward on the yoke, you might end up in a spin.
The most important recommendation I can make here is to avoid a situation that could result in an unusual attitude. The crew of Flight 427 obviously did not have a choice. Avoid wake turbulence. Increase airspeed appropriately if wind shear exists on final or on departure. Don’t fly too low to the ground during gusty wind conditions. Know your aircrafts approach-to-stall and stall characteristics, and how your aircraft warns you of an approaching stall (warning horn or other aural or visual cues, aircraft buffet, stick shaker or pusher, etc.).

If you somehow find yourself in an unusual attitude, here are some pointers: