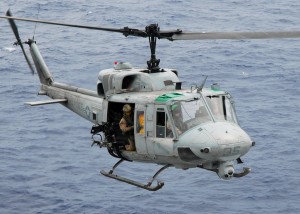 For rotary wing (RW) pilots, the title of this article no doubt got your attention … possibly with a reaction of something like, ‘Are you kidding me? No way!’ That’s certainly understandable and, to be completely honest, we tend to agree with that reaction. To start, it is important to be aware of three facts about Aviation Performance Solutions (APS) and modern airplane Upset Prevention and Recovery Training (UPRT):

As a trusted fixed wing UPRT expert, it is not uncommon for us to be asked about the effectiveness of fixed wing UPRT for helicopter pilots. As this question has recently become more frequent, we felt it was time to formally put our thoughts together as represented in the article herein. 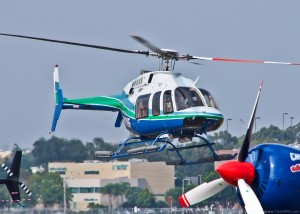 Before we get to the reasons why fixed wing (FW) UPRT control techniques don’t generally apply to rotary wing (RW) operations, let’s look at a few areas that can provide some value. The general underlying benefits of modern and effective UPRT include three training elements that are universally transferrable to fixed wing and rotary wing pilots alike.

Indeed there are many aspects of fixed wing UPRT that can ‘potentially’ benefit all pilots. In fact, if the above-listed training elements are the core focus of an RW organization’s helicopter UPRT program, then APS is the undisputed leader in delivering on these objectives. Reach out and give us a call.
However, as a prelude to the next section, extreme caution is warranted. Although it may be interesting for a helicopter pilot to experience an upset in an airplane, the recovery techniques themselves (i.e. the physical control inputs) would not necessarily apply to a helicopter.  In a situation where a helicopter achieved a high bank or/or pitch angle the pilot would still have to level the helicopter in pitch and roll in a similar fashion to a fixed wing airplane; but in most cases the power management (collective pitch) is different. Motor skills learned and reinforced in fixed wing UPRT would not apply directly to RW aircraft. 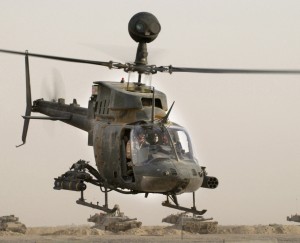 A central theme of upset recovery is understanding how an airplane stalls, the best way to prevent stall onset and, if necessary, how to recover the aerodynamic stall.  As will be addressed later, helicopters don’t stall. The retreating blade stall encountered by a rotary wing aircraft at high forward speed can result in a pitch up and rolling motion of the aircraft, but that is a different aerodynamic situation from a fixed wing stall. Moreover, the rotary community, while all flying something with moving rotor blades, has different types of rotor systems with different operating characteristics and limitations depending on the manufacturer. Main rotor systems may vary from two to eight main rotor blades such as the MI-26 or may even have tandem configurations. Anti-torque configurations can vary from two to five tail rotor blades such as the S-61, NOTAR systems or Fenestron systems in Eurocopter products. Additionally, main rotor blades turning clockwise or counterclockwise depending on the country of manufacture. Also, the rotor system may be semi-rigid, soft in plane, or partial / fully articulated main rotor hubs.
As a generic example, a major ‘aircraft control’ safety risk in rotary wing operations is settling with power or Vortex Ring State (VRS) where the aircraft is allowed to develop a high rate of descent at low speed. The helicopter basically enters its own downwash and applying power only makes matters worse and accelerates the descent. This particular recovery involves reducing power and pushing the nose forward in a single-main-rotor type helicopter to exit the downwash. Even this example is a situation of potential negative transference from one helicopter to another, let alone the negative transfer between FW and RW control inputs. Specifically, the preferred method of escape from VRS for a single-main-rotor type helicopter (the nosing over part at least) will tend to deepen the effect of the VRS on a tandem rotor helicopter.  The effect of forward cyclic on the pitch of the blades on the aft head is a collective increase, which will increase the stall throughout the rotation, effectively causing an increase in nose up attitude. In that case, a rolling input would likely have a more beneficial effect. This entire discussion is completely and totally foreign to fixed wing pilots and therefore completely unaddressed in fixed wing UPRT.
It’s critically important to emphasize that control manipulation techniques used in fixed wing aircraft during an airplane upset recovery can involve negative RW training; in other words, it can be exactly the wrong thing for a helicopter pilot to do. Let’s look at the “Push”, or “Unload” step in fixed wing UPRT that permeates just about every upset prevention and recovery methodology. Although considered to be generally universally transferrable to fixed wing UPRT, that simply is not the case at all with helicopters.
Consider the validity of transferring the Push-Roll-Power-Stabilize mantra that is used in the fixed wing world for upset recovery to the rotary wing world. Helicopters operate close to the ground most of the time (unlike most fixed wing aircraft) and are therefore limited in the altitude available for recovery.  They are also often operating closer to gross weight and might have limited power available for recovery.  Most upsets would probably occur in IMC and would probably be accompanied by the low speeds and altitudes potentially compounded by spatial disorientation.  Furthermore, the success of any upset technique or series of control manipulations would depend on the design of the helicopter and type of rotor system installed.  Some more modern RW types would be more forgiving of unloading the rotor system during a PUSH to ½ G, while others would be less forgiving. For example, helicopter pilots are taught never to go to negative G’s in an underslung teetering rotor system.  The “Push” in the first step of the APS recovery is to actually go to about ½ G but it’s important to consider that the push is heading towards a potentially unsafe condition of a severity in some helicopter designs that would not be the case in a fixed wing airplane.

Aside: Interestingly, some new US Army helicopter platforms may include simplified single button stability enhancement systems to right the aircraft and save the pilot from himself. These capabilities emulate fly-by-wire type flight envelope protections, and are similar to systems recently made available through advanced autopilot systems available on fixed wing aircraft such as the Garmin Enhanced Stability and Protection system (ESP).

The bottom line is that care should be taken to minimize or preclude negative ‘G’ maneuvering in underslung teetering rotor systems which will cause an uncommanded roll and likely lead to a situation called mast bump.  Mast bump has been the causal factor to numerous rotor separations in aircraft with underslung systems. Therefore, while APS can confidently state the techniques discussed and taught during its UPRT courses can be generally transferred to any fixed wing platform, the reverse might not be so true in the rotary wing world.
Other aspects of helicopter operations equally apply. The cross-applicability of fixed wing upset recovery techniques to helicopters is problematic, in large part due to the following:

Helicopter techniques tend to advocate “pull and let go” in augmented helicopters (i.e., all the power you got and let go of the controls – follow-on checks: airspeed and attitude).  In unaugmented helicopters, things are much more dicey – maybe “pull and pray”. Clearly this is markedly different than even just the initial PUSH in fixed wing UPRT.

Yes – there are some benefits of fixed wing UPRT that can benefit all pilots regardless of what type of aircraft they fly. However, the main focus of fixed wing UPRT is the development of effective and transferable skill sets to prevent or recover from an airplane upset. In order for control manipulations to be transferable, the fundamentals of control between the training aircraft and the customer’s own aircraft must be generally governed by the same principles of flight. Clearly, fixed wing airplanes and helicopters have substantial differences in how they are controlled. A control input made to a fixed wing aircraft that is universally transferable and fundamental to effective UPRT could have unfavorable – perhaps even dangerous – consequences in some helicopter models when applied in similar manner. This runs contrary to the fundamental principle of transferability of skills integral to effective UPRT.
Many aspects of fixed wing UPRT are not transferable to rotary wing pilots. However – and this is a very important statement – the fact that control manipulations required to control a helicopter are markedly different than required control inputs in fixed wing airplanes should be a powerful motivator for dual-rated fixed wing / helicopter pilots to seek out fixed wing UPRT. UPRT skills are already counter-intuitive for fixed wing pilots – therefore, dual rated pilots potentially require fixed wing UPRT even more so than non-rotary wing pilots.
In closing, rotary wing pilots considering fixed wing UPRT training must seriously consider that the skills learned in that domain are only transferable to fixed wing airplanes. At best, extreme caution must be exercised by helicopter-only pilots attempting to gain useful skills and knowledge from UPRT in fixed wing training platforms. UPRT providers trying to teach cyclic stick, collective lever, and anti-torque pedals inputs and control techniques in fixed wing airplanes are misguided. Providers of FW UPRT are ideally suited to teaching FW UPRT only. FW aircraft are not optimum, or even suitable, tools for teaching RW-specific recovery skills.