By now, even most people outside of the aviation industry are aware of the increased flight hour requirement put in place for all second-in-command pilots for commercial airlines in the United States. Due to numerous articles by publications like the Wall Street Journal, USA Today, and most major television networks discussing pilot shortages, the increase in required flight hours from 250 to 1,500 hours (which went into effect in 2013) has been well publicized. There are several schools of thought with reasons for support and opposition regarding this requirement, and there are often strong underlying emotions on both sides.

This article will not retread those well worn arguments, but will discuss some fallacies often made regarding the requirement which bear consideration. It is no secret that the genesis for the 1,500 hour rule (and several others regarding training requirements and simulator certification standards) was the fatal crash of Colgan 3407 in February of 2009. The accident involved Loss of Control In-flight (LOC-I), the leading cause of fatalities in every sector of aviation both domestically in the U.S. and internationally. Although the Colgan accident was the last fatal accident in the U.S. among air carriers, LOC-I is the largest cause of fatalities according to the National Transportation Safety Board (NTSB). The picture worldwide is even more concerning. In the most recent data compiled by Boeing and the Commercial Aviation Safety Team (CAST) in July of 2017, 47% of all airline fatalities in the last ten years were due to LOC-I.

The root of the 1,500 rule is the requirement that all pilots, not just captains, should hold an Airline Transport Pilot (ATP) rating, which requires 1,500 hours, rather than a Commercial Pilot license, which requires 250 hours. While there can be no argument that this requirement creates a more stringent regime of training, its relevance to the originating accident requires a bit more analysis. As has been well reported, both of the pilots involved in the Colgan event had in excess of 1,500 hours of experience, with a combined total of 5,400 hours. The correlation to a flight hour requirement insinuates that more hours might help prevent an accident similar to the flight in question. The problem with that assumption lies in some common misunderstandings regarding the nature of aircraft upsets leading to LOC-I.

The first is that airplanes will always remain within the normal flight envelope, within the pitch and bank attitudes which pilots receive training in, as long as pilots perform correctly. Unfortunately, severe turbulence and systems failures have taken aircraft outside of normal attitudes and appropriate airspeeds on numerous occasions not due to mistakes or failures on the part of the flight crew (note: human errors were found in the case of Colgan 3407).

The second false assumption is that the skills required to recover from an airplane upset are the same skills required to receive a Commercial Pilots License, or even the more restrictive ATP. While in the wake of Colgan changes were made to the ATP to require the addition of Upset Prevention and Recovery Training (UPRT), it must be accomplished in a flight simulator. Some simulators are being enhanced to better replicate certain stall characteristics, but they cannot fully emulate the aerodynamics of dynamic airplane upset events, nor can they adequately convey the massive physiological and cognitive impact that surprise and startle play in an actual unexpected aircraft upset. There are many counter-intuitive responses which might be required in an upset recovery situation that are not informed by any number of hours in the normal envelope. Two examples are that applying maximum flight control inputs can be a lower risk alternative in certain upset situations, or that applying control inputs up to the limit loads of the design may be the low risk option in certain scenarios. No amount of flying in the normal envelope would make that obvious to you. 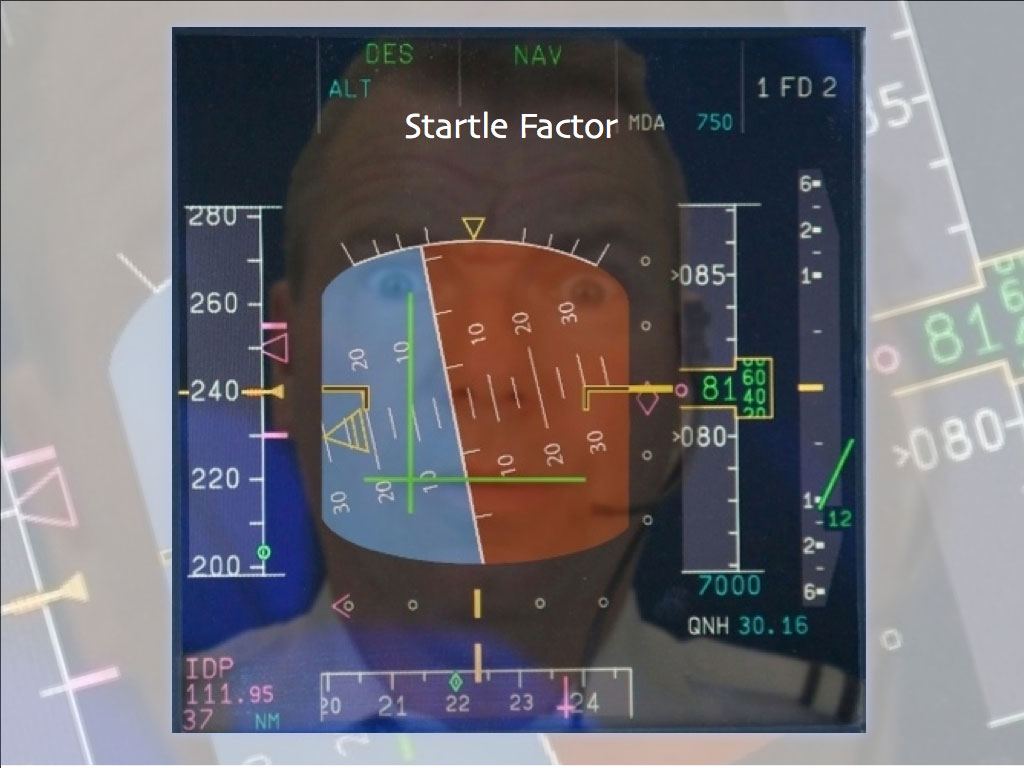 A third false assumption is that flight crews who have never received all-attitude or all-envelope flight training will have clear situational awareness and will understand all caution and warning indications associated with an upset event that they may never have seen before. Most people who have ever received all-attitude flight training will tell you that they were not ready to be the pilot-in-command the very first time they saw the world upside down from an airplane. That is precisely what could occur in an airplane upset leading to LOC-I.

4) Pilots are Resilient in Crisis and Will Respond Predictably

The final incorrect belief is that pilots facing a time-critical, life threatening situation will respond in a reliable and predictable manner. For many pilots this is based on the belief that an airplane upset in real life will be the same as unusual attitude recoveries that they have practiced and performed in a simulator environment. Sadly, many accidents in the real world and practical training in UPRT with thousands of professional pilots in actual aircraft illustrate that this is not generally the case.

In a recent position paper published by the Flight Safety Foundation addressing pilot training and competency, they argued that “The industry needs to embrace, and national civil aviation authorities need to have the flexibility to adopt, competency- or evidence-based training methods that target real-world risk and ensure a progressive and satisfactory performance standard. It cannot be assumed that critical skills and knowledge will be obtained only through hours in the air.” Given the accident record with regard to LOC-I, evidence suggests that there can be no more critical skills and knowledge for professional pilots facing an airplane upset than comprehensive, on-aircraft UPRT.

The report goes on to state that “Although for many years, the number of accumulated flight hours has been the baseline for determining experience, what is often overlooked in the pilot experience equation is the quality of flight time. Quality can encompass a number of factors, including training received, [and] operational experiences…Relying solely on a number does not effectively capture a pilot’s true experience. The type of experience and the flight environment must be considered to provide meaning to the number.” Once again, the quality of training received and the relevant operational experience and flight environment necessary to reduce LOC-I all point to a well structured, professionally delivered, on-aircraft UPRT program.

The white paper supports “A partnership with the International Civil Aviation Organization (ICAO) and industry to define rules, recommendations, guidelines and expected quality and performance required of flight academies”. ICAO has called for the delivery of UPRT to all pilots worldwide prior to Commercial licensing. APS adheres to the recommendations and guidelines laid out by ICAO in their Manual on Aeroplane Upset Prevention and Recovery Training and believes that a more effective way to reduce LOC-I accidents such as Colgan 3407, Air France 447, and others is through effective UPRT delivered in accordance with the principles outlined by ICAO rather than increasing hours in the normal flight envelope, which do not address the unique knowledge and skill sets required in the upset domain. ICAO-compliant solutions to LOC-I are provided by APS on a daily basis – please visit this link for more information: https://apstraining.com/integrated-training-approach