There are times (Halloween comes to mind) where ghosts and goblins are accompanied by screams of terror from frightened souls. But have no fear, for these spooks are soon replaced with the sights and sounds of Thanksgiving. 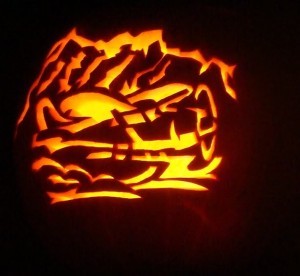 Unfortunately as an Instructor Pilot teaching upset prevention and recovery, I routinely come across professional pilots that are still scared or spooked by basic stalls.  Several have admitted to me that they get the heebie-jeebies from even thinking about stalls.  As a professional I have to ask, “why is this?” I believe this apprehension can often be traced back to one of three root causes:

So let’s look at each of these possible causes and how Aviation Performance Solutions training addresses them.

I had a customer recently tell me a story about what an unprofessional instructor pilot did to him that has forever scarred his mind.  The student stated during his first flight with this new instructor that he was uncomfortable with stalls and didn’t really understand them. The instructor’s response was to assume control of the aircraft and without warning or any explanation, or previous education, put the aircraft into a spin.  This would turn out to be the first spin this young student pilot had ever seen.  He didn’t know what was happening or why it was happening, but he knew he was scared, and still is. Approximately 30% of our customers exhibit signs of unease or discomfort while executing rather benign, 30 degree bank, 30 degree nose high power off stalls.

I firmly believe that the root of pilot’s fear about stalls is that they really don’t understand aerodynamically what is happening with their airplane as it approaches the stall, at the time of the stall as critical angle of attack is reached, and beyond the stall if the angle of attack isn’t reduced.  Many believe the wing is no longer producing lift beyond the stalled angle of attack. They don’t understand why one wing may drop or how to properly recover from a stall, either with or without an associated wing drop. As pilots move up to higher performance aircraft and airfoils, aircraft pilots often don’t receive good training in aerodynamics that addresses the differences of swept wing aircraft. The aerodynamic principles and characteristics that they may remember from their time as a young pilot in a straight wing training aircraft definitely aren’t the same as those of their high speed, high altitude, swept wing and T-tailed jet as it approaches the stall. 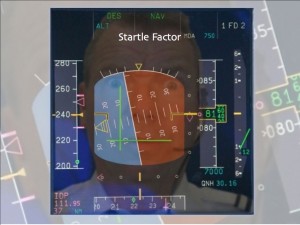 When was the last time you actually stalled your aircraft?  For most corporate pilots, they have probably never stalled their actual airplane.  In the simulator they perform approach to stalls, and may have actually taken the sim to the critical angle of attack, but that isn’t the same.  A recognized limitation with most simulators is that they aren’t programmed to accurately reflect the true stall characteristics of the airplane beyond the critical angle of attack.  A lack of recency or proficiency in full stall recovery, combined with other unknown factors  can cause most pilots to be more apprehensive about stalls.

Upset Prevention and Recovery Training (UPRT) at Aviation Performance Solutions thoroughly addresses the aerodynamics associated with stalls of all types of aircraft.  This increased knowledge allows our customers to approach the stall training with greater confidence and understanding.  The academic and flight training starts with very basic stalls and progresses to accelerated and all-attitude stalls. Our training exposes students to sustained flight beyond the critical angle of attack, often for their very first time. We emphasize a strategy to reduce the angle of attack to avoid or correct for a stalled condition. The APS curriculum allows pilots to continue to repeatedly practice stalls until they are not only comfortable with them, but also highly proficient in recovery from all-attitude stalls.