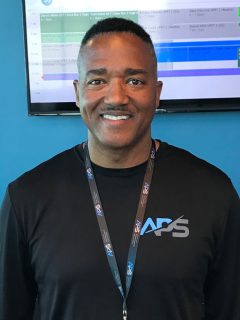 Kenneth joined the US Army in 1988 and retired in 2008 with over 20 years of Military service. His primary job was a Fuel Logistician. When he was deployed to Iraq he was tasked with dispatching and tracking troop shipments by ground and air. There he gained his experience with aviation operations and was awarded the Bronze Star commendation for his wartime efforts.

In his civilian capacities he has served as a Project Manager, successfully leading multiple government software development projects. While stationed overseas as a government contractor, Kenneth worked on several aviation projects where he was responsible for moving passengers and cargo to Military bases throughout Iraq and Afghanistan. He was also called upon to manage Military airfields and helicopter landing zones throughout Afghanistan. Upon completing his overseas contracting tours in 2017, he returned to the US and started a trucking company, transporting construction materials and general freight coast to coast.

After broadening his experience in the commercial transportation market, he realized that his true passion was still with aviation operations. He was excited to obtain a Flight Operations Service Lead position with APS in 2022 that allowed him to use a combination of management, operations, and customer service skills.

Ken is originally from Marion, SC, and has been living in Chandler, AZ for the last two years with his wife and four sons. Ken is an avid car enthusiast and enjoys driving European vehicles.