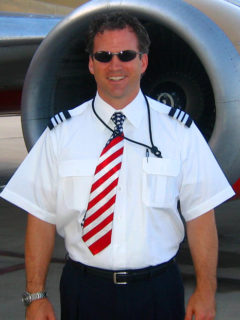 Dave Dunteman, Air Force call sign “Dunto,” grew up in Cincinnati, Ohio, watching B-58 Hustlers fly overhead and yearning to take flight. He took his first step in 1980 when he joined the U.S. Air Force Academy.

Dave taught cadets to solo in the Academy’s “Soar for All” program in the Schweizer 2-33 sailplane as a Certified Flight Instructor—Glider (CFIG) while at the Academy earning a B.S. degree. He then attended Undergraduate Pilot Training (UPT) at Williams Air Force Base, flying the T-37 and T-38. After UPT, Dave received several assignments. He flew the A-10 from Suwon Air Base in Korea as an Attack pilot in the Pacific theater, and in the UK in the European theater before being based as an A-10 flight instructor in Tucson, Arizona. During his Tucson assignment he attended the Fighter Weapons Instructor Course in Las Vegas and was awarded the Outstanding Flying Award.

After Tucson, Dave was selected as a Royal Air Force Exchange pilot and trained in the BAE Hawk and the Gazelle helicopter in preparation for his role as a Harrier GR7 Pilot in the RAF squadron at RAF Laarbruch in Germany for two years. He then attended Air Command and Staff College in Alabama before flying the F-16CJ at Mountain Home, Idaho, changing roles from the familiar Close Air Support to Suppression of Enemy Air Defense. Dave’s last assignment was in Phoenix, Arizona, teaching in various roles, again flying the F-16C.

Dave retired as a Lieutenant Colonel in 2004 and was hired by a major domestic airline where he currently flies as a 737 Captain. Dave remains active in general aviation, having flown gliders and single-engine airplanes at flying clubs throughout his military career. While stationed at Luke Air Force Base in Phoenix, Dave began flying the Extra 300L and working with APS.

Dave has owned many aircraft during his career, including a Pitts S2B, an LS-8 sailplane, an Aviat Husky, and currently owns a CubCrafters Top Cub.

Dave is active in a number of industry safety and educational efforts. He has participated in the RAF’s annual meeting and presents on safety and risk analysis in the back country flying environment. He taught academics to the GAMA BOD and flown with them in the back country in Montana and Idaho, and he currently travels the U.S. with a group of flight instructors teaching Short Take Off and Landing seminars which focus on expanding pilots’ knowledge on the topics of Aeronautical Decision Making and mission planning.

Dave has over 15,000 hours of flight time and considers it his honor to have the opportunity to provide dedicated, focused Upset Prevention and Recovery Training (UPRT) to the clients of APS.

Dave and his wife Nora, as well as their extended families, call Phoenix home. They have three adult children and enjoy their time as avid travelers, as well as hiking, skiing, and biking in our beautiful state.